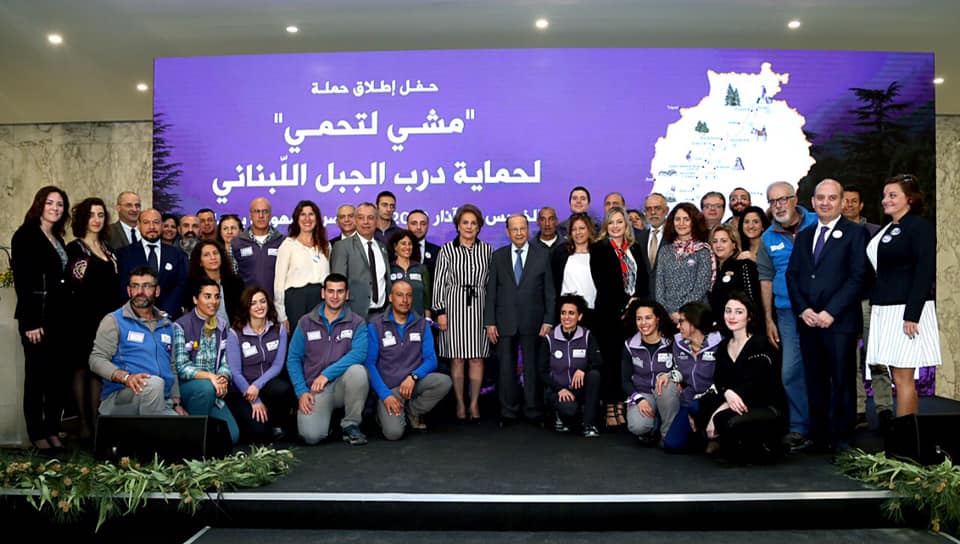 “You have turned your dream into a reality for all of us to enjoy.”

On March 28, 2019, in the course of a ceremonial reception at the Presidential palace in Baabda, H.E. General Michel Aoun, officially embraced the Lebanon Mountain Trail as a national trail for the Lebanese people and for Lebanon.

This wonderful event crowns decade-long efforts by the Lebanon Mountain Trail Association (LMTA) to seek national protection of the trail, and to preserve its rich cultural, natural and human heritage.

In his comments at the event, President Aoun warmly welcomed the audience and congratulated the LMTA and its founders on establishing a trail for everyone to enjoy and for the communities to benefit from. Through this ceremonial occasion, President Aoun endorsed the campaign “Hike It, Protect It” introduced by the LMTA earlier last year, to frame their work towards protection of the trail.

The event was attended by Lebanese and foreign dignitaries, and dozens of active LMTA members and friends of the LMT. As gorgeous sceneries of Lebanese mountains ran on a widescreen in the background, the presidents of AFLMT and LMTA, as well as direct beneficiaries and hikers of the trail, delivered speeches that asserted the trail’s beauty and value and revealed the impact it had on renewing their faith in Lebanon and its future. 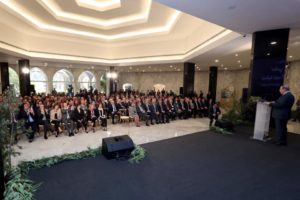 Jacky Khairallah, a local LMT guide in the village of Mtain, captured the hearts of the audience as she shared her intimate experience on the trail, saying: “I was so overcome by the beauty of the trail that I had to share it with everyone I knew. I embraced the trail with all of my soul and realized it was my life’s mission to defend its future tirelessly.”

Rabih Abdul-Kader, LMT Ambassador in the United Arab Emirates (UAE) said “Every step I took on the trail, and every meal I shared with fellow hikers at each of the guesthouses of the trail, took me years back to my childhood spent in the countryside in Lebanon.” 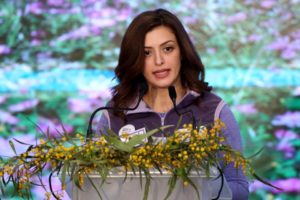 For a complete video of the event click here.  For a summary TV report on the event, click here.

Assaad Najem, head of the municipality of the village of Aitanit, one of the 28 gateway communities along the LMT, and an active LMTA Board member, called on all municipalities to rise to their duty and protect their local trails, actively adopt their respective LMT sections, and engage their local communities and support the LMTA.

For her part, LMTA President Maya Karkour emphasized that “Though this year marks the 10th anniversary of the Lebanon Mountain Trail, this trail is in reality thousands of years old, and carried our ancestors from one mountain village to the next. Their rich heritage is our national treasure and celebrates our collective identity.”

Lastly, LMT visionary and AFLMT President Joseph Karam addressed his comments to President Aoun, stating that “Your support for this project, Mr. President, gives us hope in the future of this trail, and in a bright and prosperous Lebanon for our kids and for generations to come.” 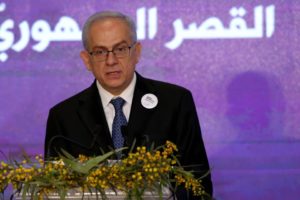 The AFLMT continues to support various LMTA programs and the latest “Hike It, Protect It” campaign with fundraising grants, expert know-how, and networking resources. AFLMT initiatives have previously assisted the establishment of directional and informational signage, online fundraising campaigns for the annual through-walks and fall treks, and other efforts.

This event marks a huge milestone for the LMTA, which, through the support of the Presidency, is working collaboratively with the Directorate General of Urban Planning on devising concrete plans to safeguard the LMT and its corridor in the lands that it traverses. We encourage you to share the news widely with your respective networks to draw attention to this important mission. We count on your continued support and welcome your donations in support of this and other initiatives of the LMTA and AFLMT! 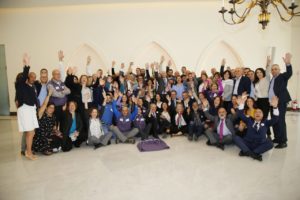 American Friends of the LMT (AFLMT)