Running the LMT to Protect the Mountains of Lebanon! 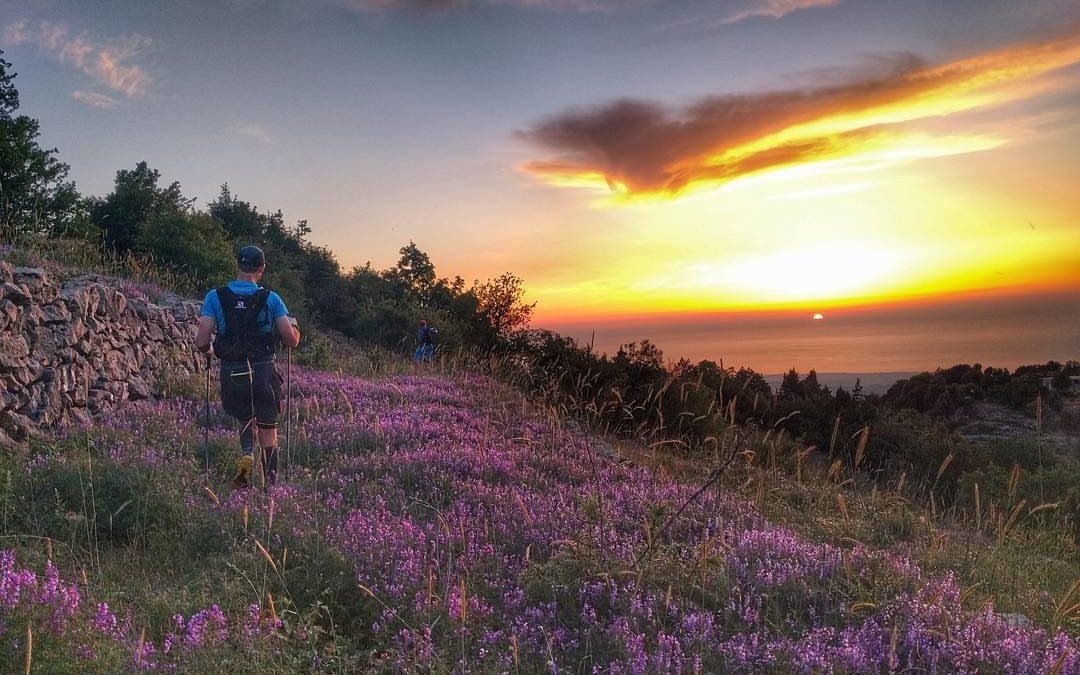 June 2017- By the AFLMT Board of directors

It is with great pleasure that we announce the successful completion of the LMT Run by U.S. athlete and trail runner Patrick Vaughan, who just ran the entire length of the LMT (294 miles) in the new Fastest Known Time (FKT) of six (6) days and 17 hours!  Patrick traveled to Lebanon earlier this month on a self-funded mission to run the magnificent LMT’s 27 sections. He ran 44 miles on average per day on diverse terrain; on the last day (Tuesday, June 13), he ran from Jezzine to Jdeidet Marjaayoun in South Lebanon, covering 50 miles of mountain trails in 16 hours and “crossing the finish line” at 11:55 PM.  Patrick broke the previous 2016 FKT record of nine (9) days.

Patrick fell in love with Lebanon and its mountains 20 years ago, after marrying a Lebanese woman and spending many summers there. He “distinctly remembers always being stricken by the incredible beauty in the mountains, always visible in the distance,” he says.  When he recently became aware of the LMT, he decided to run it, raise awareness of it, and collect funds to support the LMT Association (LMTA) and the American Friends of the LMT (AFLMT).  Patrick said “I’m running to help raise funds for the LMTA because I believe in their core mission: To develop and protect this corridor of hope, and develop economic opportunities for rural and often marginalized communities, through programs of socially responsible tourism, that safeguard the natural, cultural and historical heritage along the trail.”

Patrick’s run was planned and organized in partnership with the LMTA and the AFLMT, his own team at Steep Adventures in the U.S., and Lebanese adventurer Avedis Kalpaklian.  Runners from Lebanon paced and accompanied Patrick during his run, ensuring his swift passage through the mountains until his arrival to the finish line in Jdeidet Marjaayoun. A Canadian friend of Patrick’s also joined from her current home base in Africa, and ran alongside him for a few sections.

For its 10th anniversary this year, the LMTA is focused on raising awareness of the importance of protecting Lebanon’s mountains. Patrick has dedicated his run to this goal by setting up a Razoo fund to raise money to benefit the AFLMT (https://www.razoo.com/story/Runthelmt).  Patrick has raised $4,285 to date: $3,285 on the AFLMT Razoo fund and $1,000 from direct donations to AFLMT.  Please help Patrick reach his $10,000 fundraising goal by making a donation to the AFLMT Razoo fund or directly on the AFLMT website (https://aflmt.org/donate/), or by mailing a check payable to the AFLMT at the address below (please specify “LMT Run” as the purpose of your donation). Also, starting immediately, your donation will be doubled thanks to a matching pledge from an anonymous donor: every dollar donated to support Patrick’s cause will be matched by a one dollar donation!  Remember, donations to the AFLMT are tax deductible.

Donations will be accepted until September 30, 2017.  AFLMT then will make a grant to the LMTA in the total amount of funds raised to support the Association in its efforts to maintain the LMT, protect the trail and the mountains of Lebanon, connect villages and strengthen communities, and spread a message of peace and tolerance in the region.

We thank you in advance for your support!  Thanks to your donations since 2009, AFLMT has awarded LMTA grants worth $82,000 that served to produce the 2011 LMT video documentary, upgrade the Baskinta Literary Trail signage posts, design and begin implementing signage posting along the LMT, and upgrade beds and beddings at LMT Guesthouses.